The Economist: Egypt’s pound among 12 promising currencies in 2017 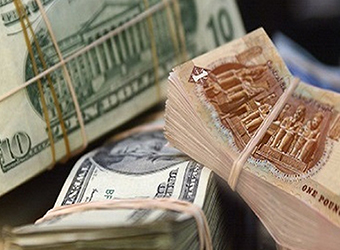 The Egyptian pound is among 12 currencies whose performance were appreciated against the US dollar in 2017 by The Economist magazine Chief Editor Simon Baptist.

On Thursday 05/01/2017, Baptist said “over the last year the dominant theme has been the US dollar strength. This overall trend is set to continue: of the world’s 60 major currencies, we see only 12 appreciating against the US dollar in the year ahead.”

“Our most bullish call is for the Egyptian pound; we think that the markets have overshot after the welcome float of late 2016 and expect a 14% appreciation this year,” he added.

“A similar story applies to Kazakhstan, where the currency should rise by around 10% following a sustained period of weakness after the float in late 2015. Of more freely traded currencies, the Canadian dollar and Swedish kronor will also find support. On the other hand, we see continued weakness in the rand and the sterling, as well as in the currencies of Argentina, Nigeria and Ukraine,” he further said.

This comes within the magazine’s re-evaluation to the investment strategies for both personal and corporate for 2017.

Qabil: 2nd industrial complex to be issued next Tuesday