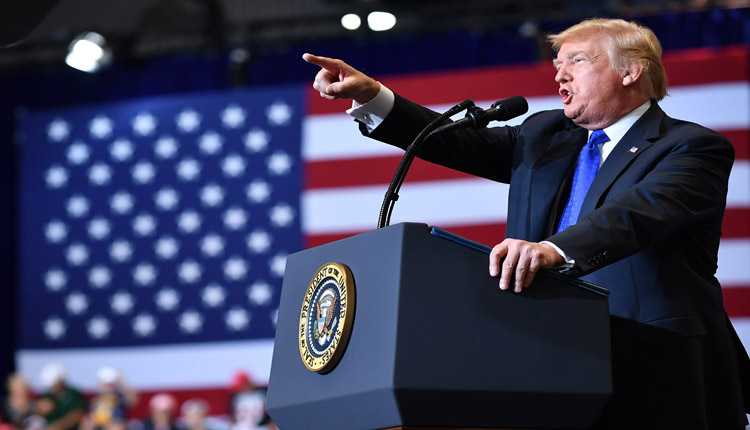 The Trump administration intends to roll out a tax cut plan in mid-2020, a top White House adviser said on Friday, saying it would be targeted to giving significant relief to the middle class.

Speaking to reporters at a retreat for Republican lawmakers, White House economic adviser Larry Kudlow offered no details on what he has termed “Tax Cuts 2.0,” a plan the administration plans to put forward as U.S. President Donald Trump pursues his bid for a second White House term.

“We will gather together the best ideas from the Hill (Congress), the administration and outside folks to provide a significant new round of middle class tax relief,” Kudlow said, adding, “This is not a recession measure at all.”

Kudlow, who is also director of the National Economic Council, did not specify how the tax cuts would be fashioned or how deep they might be.

Kudlow said the initiative would probably be rolled out “sometime in the middle of next year,” which would be just months before the November 2020 presidential and congressional elections.

Democrats have roundly criticised the 2017 Republican tax cut law as being heavily skewed toward the wealthy. Democrats opposed the measure and won enough seats in last November’s mid-term elections to take control of the House of Representatives from Republicans.

Earlier on Friday, Republican Representative Kevin Brady, who steered the 2017 tax law through the House Ways and Means Committee when he chaired it, sketched out three main goals that would guide a new tax initiative:

He said Republicans would aim to make the existing tax cuts permanent instead of letting them expire as scheduled in 2025 for many of the provisions. He added that the reductions would be expanded for the middle class and legislation would aim to create more jobs.

Much of this had been talked about in 2018, before last year November’s elections but stalled in what was then a fully Republican-controlled Congress.

Asked about an idea that had been floated by the Trump administration to index capital gains via executive order of the president, Kudlow said the idea could be revisited but that Trump had decided it did not provide enough benefits to middle class people.

Last month, Trump said such a move “will be perceived – if I do it – as somewhat elitist. I don’t want to do that.”

Tax lobbyists dismissed renewed discussion of a 2.0 tax plan as providing mere talking points for the 2020 campaigns, noting that Republicans had failed to move such legislation when they controlled the White House and all of Congress.

Talk of a payroll tax cut that has been circulating also faces opposition from some Republicans, who fear worsening an already deep U.S. debt problem. Democrats also fear it would contribute to a drop in revenue for Social Security and Medicare retirement and healthcare programs.

Oil and gas make up 44% of Egypt’s FDIs – minister