‘Two dead’ after train derails near Kanpur in India 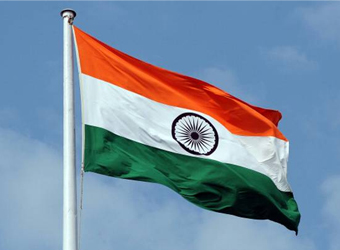 Inspector General of Police Zaki Ahmed told the PTI news agency that 43 others suffered injuries in the crash near Kanpur.

The Railway Ministry said on Twitter, however, that “no death has been reported yet”.

The cause of the crash is not yet known and an inquiry has been ordered.

Train accidents are fairly common in India, where much of the railway equipment is out of date. More than 140 people died last month when another train derailed near Kanpur.

Fourteen carriages of the Ajmer-Sealdah Express derailed near Kanpur in the early hours of Wednesday.

Officials said that all passengers had been rescued from the derailed carriages.

The derailment happened when the train was crossing a bridge over a dry canal. Eyewitnesses told local TV channels that there was dense fog when the carriages derailed.

“We can confirm two deaths,” Inspector General Zaki Ahmad told local media adding that the injured had been taken to hospitals around Kanpur.

“Our coach tilted to one side. I jumped out and saw a few coaches were derailed,” passenger Rizwan Chaudhary told the Associated Press.

Railways Minister Suresh Prabhu tweeted that a “thorough investigation will be carried out” to know the cause of the accident.

Last year, the government announced investments of $137bn (£111bn) over five years to modernise and expand the railways.

NBE, IDA to finance projects under ‘Your factory is ready’ initiative