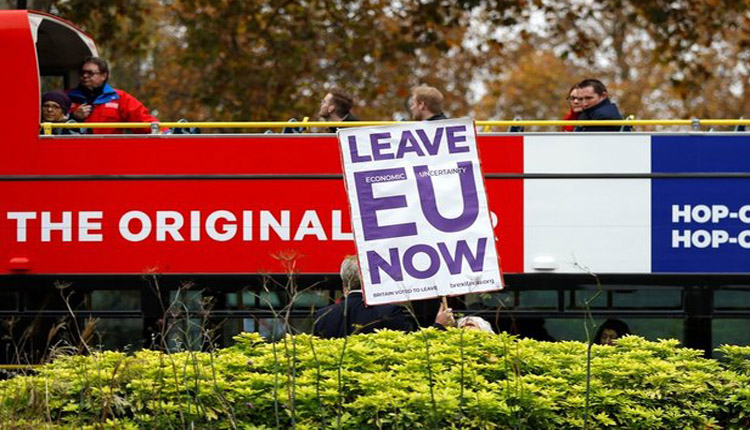 British Prime Minister Theresa May will seek to win support from business leaders for her contentious draft European Union divorce deal on Monday as dissenters in her own party scrambled to trigger a leadership challenge.

May has had a tumultuous few days since unveiling her deal on Wednesday last week, with several ministers, including her Brexit minister, resigning and some of her own members of parliament seeking to oust her.

The British leader has vowed to fight on, on Sunday warning that toppling her risked delaying Britain’s EU exit, and has said the future partnership agreement will help ensure the government delivers on the 2016 Brexit vote.

The EU is due to hold a summit to discuss the deal on Nov. 25.

May will defend her deal in a speech to the CBI business lobby group’s annual conference on Monday, saying Britain would embark on an intense week of Brexit negotiations to try to thrash out the details of its outline future relationship with the EU.

“We now have an intense week of negotiations ahead of us in the run-up to the special European Council on Sunday,” May will say, according to advance extracts.