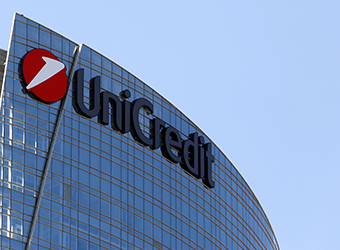 UniCredit’s move comes at a troubled time for Italian banks and the economy, with the third-largest bank, Monte dei Paschi di Siena, at risk of failure, a new government just installed in Rome and early elections expected next year.

UniCredit has lost more than half its value this year, weighed down by concerns over profitability, bad loans and a weaker balance sheet compared with major European rivals.

The bank plans to launch the issue in the first quarter for 2017 and use the money to help fund the removal of 17.7 billion euros worth of bad debts from its balance sheet, enabling it to boost its profits and also dividend payout by 2019.

It would also help boost the bank’s core capital ratio to above 12.5 percent in 2019.

“We are taking decisive actions to deal with our (problem loan) legacy issues to improve and support recurring future profitability to become one of Europe’s most attractive banks,” Chief Executive Jean Pierre Mustier said in a statement.

The bank also plans to cut a net 14,000 jobs from the group, or about 11 percent of total staff as of end-September.

A group of investment banks have signed a pre-underwriting agreement to help it market the issue, including by Morgan Stanley, UBS, BofA Merrill Lynch, JP Morgan and Mediobanca.

The bad loans would be sold to two separate vehicles, one managed by Fortress Investment Group and the other by PIMCO. UniCredit would retain minority stakes in each.