Alexbank’s case postponed to May 19 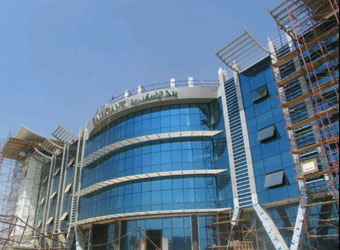 Administrative Court, headed by counsellor Hassouna Tawfik, has delayed today the case claiming that Alexbank sale contract is void to May 19th, until sending notices to the new opponents and seeing the case of privatization.

Shehata Mohamed Shehata, lawyer and CEO of Arab Center for Integrity and Transparency, filed a document saying that some holding companies did not pay or cover direct debts in value to EGP 306 million and indirect debt in value to EGP 29 million, according to the balances registered in the bank on June 30th 2006.

The Court issued before a temporary verdict banning Board of Bank of Alexandria, which was sold to Sao Paolo Group in Mubarak’s former regime, from selling any branch of the Bank till there is a final verdict.

The former government sold 80% of the capital shares of Bank of Alexandria to Sao Paolo Group with $1.6 billion (=EGP 9.2 billion at that time), according to the book value on October 17th 2006, although many banking experts said that BoA’s market value was $5.5 billion at that time.