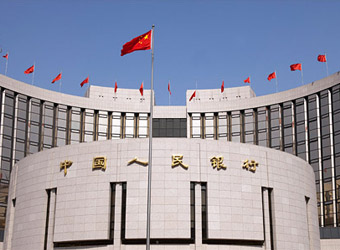 China will allow foreign investors to have direct access to its massive bond market from Monday, the Chinese central bank announced Sunday.

A platform allowing one-way “northbound” investments from Hong Kong into the Chinese bond market will go into “experimental operation” on July 3, the People’s Bank of China and the Hong Kong Monetary Authority said in a joint statement Sunday, which came as Hong Kong marked the 20th anniversary of its handover to China by Britain.

Access to the market will be restricted to “qualified investors” including central banks and sovereign wealth funds, but also commercial banks, insurers, brokerage firms and investment funds, according to the PBOC.

China’s debt market is the third largest in the world, with a cumulative value of about $10 trillion according to Bloomberg news agency.

However, this booming market has been virtually out of reach for foreign investors, who currently hold only a small portion of the bonds issued in China — less than 1.5 percent according to Bloomberg estimates.

China has moved gradually toward opening its capital markets.

In 2014, a trading link between the Hong Kong and Shanghai stock exchanges was introduced, and another was started in December 2016 between Hong Kong and Shenzhen, China’s other exchange.

The links give foreigners some access to China-listed shares, while also allowing Chinese firms to buy Hong Kong-traded stocks.

The bond move is the latest in a series of liberalisation pledges from China, which has regularly been hit by complaints from foreign companies and trading partners about access to its markets.