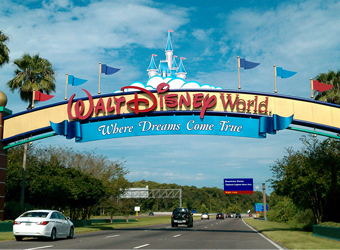 Disney imposed the ban in February after a drop in Egypt’s ratings in the worldwide governance indicator and the country not joining the International Labour Organisation’s (ILO) Better Work Programme, according to media reports.

The lifting of the ban is due to the “unprecedented” economic and political reforms currently being executed in Egypt in coordination with the International Monetary Fund (IMF) and the World Bank, Qabil said in a statement.

The Egyptian minister also added that the upgrade by credit rating agencies had also helped in the successful completion of negotiations on the lifting of bans by international firms, including Disney.

Egypt has been holding negotiations with Disney since March to lift the ban.

Qabil further said that following the lifting of the ban, Egypt will be carrying out in two stages the ILO’s Better Work Programme, which aims to “improve labour standards and competitiveness in global supply chains,” according to the ILO’s official website.

The first stage will be implemented from July until December to involve a continuous audit of Egyptian factories by the Ministry of Trade and Industry.

The second stage will be carried out starting January 2018, with the possibility of having more sectors and geographical locations under the ILO’s programme.

The programme provides several services to clothes export chains, including an assessment of factories, consultancy services and training, with Disney and other international firms invited to visit Egypt for more export deals, the minister added.