BusinessReal Estate
By Amwal Al Ghad English On May 20, 2020

Dubai’s new major malls are expected to add more than 7.4 million square feet (sq. ft) of Gross Leasable Area (GLA) at the end of 2021, according to industry sources.

There are eight active mall projects in various stages of completion, these sources said. 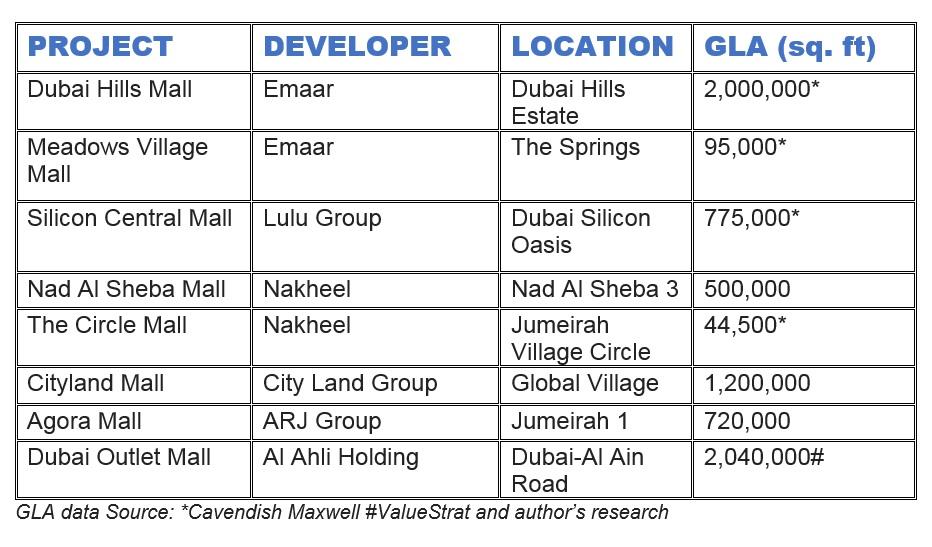 Seventy percent of Dubai Hills Mall has been completed while block works are progressing at Meadows Hills mall, situated in the Springs, an industry source told Zawya Projects.

In February, Emaar Malls had announced that the Meadows Village Mall redevelopment and Dubai Hills Mall would be completed in 2020, with the latter’s completion scheduled for the fourth quarter.

The source said construction work at Silicon Central mall is 85 percent complete, and the mall is expected to open in May 2021.

He said finishing works are underway at The Circle Mall but declined to confirm the completion timeline as Nakheel had changed the main contractor.

The project is expected to be completed in the fourth quarter of 2021, he added.

The first source said the Dubai Outlet Mall expansion is 90 percent complete, and the project is likely to open doors in the third quarter.

Construction of Agora Mall, he continued, is 75 percent complete, and the mall is expected to open in December 2020.

Meanwhile, the construction of Dubai South Mall, located at Expo 2020 site, is currently on hold, the second source said. He said the project, a joint venture between Dubai World Trade Centre and Emaar Properties, had achieved 85 percent completion rate, and was scheduled to open in October 2020.

The project is likely to be finished by the end of fourth quarter when work resumes, the second source concluded, but didn’t disclose the project’s GLA.

Dubai South Mall has a built-up area of approximately 83,000 square metres, according to information posted on main contractor Arabtec’s website.