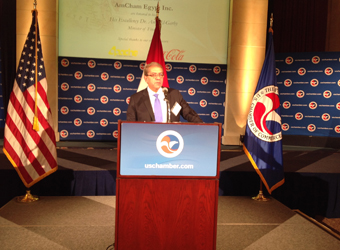 Egypt expects to receive a second loan instalment worth $1.25 billion from the International Monetary Fund within the next week, the country’s Minister of Finance Amr el-Garhy told private television channel CBC on Monday.

Egypt agreed a three-year $12 billion IMF loan programme in November that is tied to ambitious economic reforms such as subsidy cuts and tax hikes.

The IMF has already there is staff-level agreement to disburse the second instalment based on Egypt’s reform progress but that its executive board must first meet to sign off on it.

In November, Egypt received the first funding installment – an initial disbursal of $2.75 billion – following the floating of the Egyptian pound.

The government embarked on the reforms in 2014 in an attempt to curb the growing state budget deficit – which was estimated at 12.2 percent of GDP in 2015/16.

Sales of Egyptian Iron and Steel fall to 1.11bn pounds in 11 months