FeatureEntertainmentLeisure
By aya salah On Jun 2, 2019 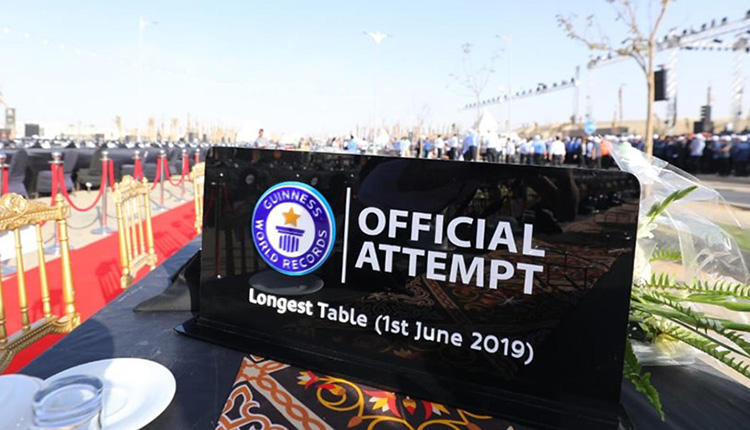 Egypt has oraginised what it says will be the world’s longest Iftar (fast-breaking) banquet during the Muslim month of Ramadan seeking after a new Guinness world record.

The 3,000-metre-long table offered food for 7,000 people in the New administrative Capital, including the representatives of the Guinness World Record.

Khaled El- Hosseini, ACUD spokesperson, said in a statement on Friday that the representatives roamed the new capital before the Iftar to explore its famous landmarks and the biggest residential compounds.

The night was followed by a number of shows and oriental music event.

Ahmed Mekaled, a representative from the Guinness World Records who was present at the event  said that the verification process is underway to recognise the table as the world’s longest.

China says war with U.S. would be a disaster as tensions mount

MBG to invest $44mln in Pukka’s in Egypt’s new…