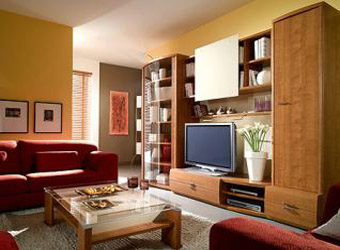 Derias further made his remarks on the sidelines of Furnex and The Home, one the largest trade fairs in Africa, at Cairo International Convention Centre on a gross space of 50,000 square metres from February 8 to 11 (Thursday-Sunday).

The show is organised by Egyptian Furniture Export Council, Chamber of Woodworking and Furniture Industry, and Global Conference Management.

It was held in Egypt since 2004 with the main objective of introducing the country to the international trade community of home furnishings industries as a world class supplier of these commodities.

“Imports dropped by more than 35 percent last year,” the Egyptian official stated, adding that EFEC is currently focusing on Iraqi and Sudan markets.

“It is expected to inject more investments into the sector within the upcoming two years,” Abdul Hadi concluded.

Rasmala Egypt increases its assets under management to 9.2 mln pounds