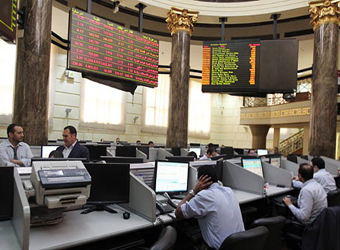 In his first visit to the Gulf, Field Marshal Sisi, who is Egypt’s defence minister and deputy premier, travelled to the UAE to attend the closure of joint military exercises there. He was met by UAE deputy army chief Sheikh Mohamed bin Zayed al-Nahyan.

The two men noted the “fraternal and solid relations linking the two countries and their peoples,” and their wish to “consolidate bilateral cooperation,” the WAM news agency reported, without giving details on Sisi’s plans or the length of his stay.

The trading volume has recorded 68.463 million securities worth EGP 172.386 million, exchanged through 5365 transactions during Wednesday opening.

Also during the opening session, 106 listed securities have been traded in; 26 fell, 54 advanced; while 26 keeping their previous levels.

Arabs were net buyers capturing 10.07% of the total market, with a net equity of EGP 11.187 million, excluding the deals.

On the other hand, Egyptians and the non-Arab foreigners were net sellers seizing 86.85% and 3.08% respectively of the total markets, with a net equity of EGP 6.496 million and EGP 4.690 million respectively, excluding the deals.