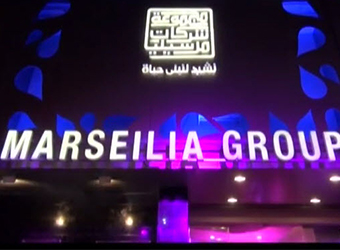 Speaking to Amwal  Al Ghad, Ragab referred that Marseilia has earlier launched a number of new phases of its ongoing projects.

“The company plans to develop a new fully-fledged urban residential project in Nasr City district, east of Cairo, in partnership with UAE-based Amlak Finance on a space of 42,000 square metres,” the official stated, adding that Amlak owns the project’s land plot.

The project, which is with total investments of around ten billion pounds, will include a residential, commercial, administrative, and hotel parts as well as a social club, Ragab said.

“We (Marseilia) are currently preparing the studies and designs of the project,” he noted.

In addition, Ragab clarified that Marseilia seeks to pump investments of about 15 billion pounds into a bunch of flagships in Cairo, Alexandria, North Coast, and Ain Sokhna within the current period.

These flagships are to be carried out within a timeframe ranging between three and five years, Ragab said, elaborating that they will provide around 15,000 job opportunities in the different phases.