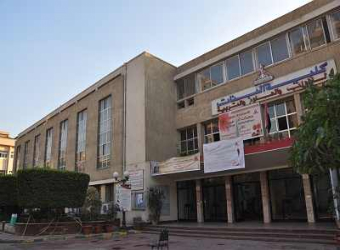 A sound bomb exploded on Saturday near the Women’s College in Heliopolis in Cairo, leaving no injuries.

The interior ministry released a statement on their official Facebook page stating that a member of the public had found a strange object, which they described as a sound bomb. The bomb exploded when the man handled it.

The explosion, according to the interior ministry’s statement, did not result in any damages or injuries. The police also found another explosives device and detonated it.

Al-Ahram Arabic had earlier reported that one person had been injured in the explosion.

Egypt has been rocked by a series of terrorist atacks against the police and army since the ouster of Islamist president Mohamed Morsi last July.

While security forces have been the main target of the attacks, an explosion targeting a tourist bus in South Sinai in February left four civilians killed.

Ansar Beit Al-Maqdis, a militant group affiliated with Al-Qaeda, has claimed responsibilty for most of the attacks.

Egypt Not Satisfied with Mobile Operators’ Statements on ‘Integrated License’