Will Smith shooting: Cardell Hayes is found guilty of manslaughter 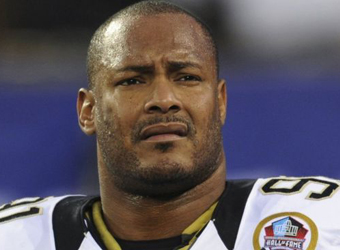 A jury in the U.S. state of Louisiana has found a man guilty of manslaughter for the fatal shooting of retired American football player Will Smith.

The former New Orleans Saints player was shot during a row over a traffic accident in the city in April.

Hayes was accused of second-degree murder but the jury opted for a lesser charge.

He had claimed that he had only fired after Smith, who he said was angry and drunk, punched him and grabbed a gun.

Prosecutors said the evidence showed that Smith had never armed himself.

Hayes is due to be sentenced on 17 February and faces up to 40 years in prison.

Smith, originally from Queens, New York, played for Ohio State’s 2002 national championship team and was part of the New Orleans Saints team that won the Super Bowl in 2009.