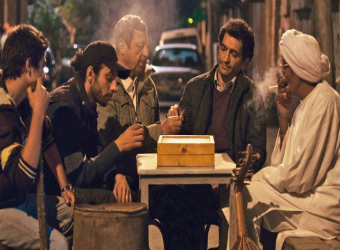 Egypt has selected Ibrahim El Batout’s eye-opening drama “Winter of Discontent,” about the events that led up to the Tahrir Square uprising, as its candidate for the foreign-language film Academy Award race.

The significant choice comes with the country in protracted turmoil amid the crackdown on Islamists that has followed the ouster by the military of Islamist president Mohammed Morsi. It was made by an independently nominated committee named by the Egyptian Cinema Center, which is controlled by the Ministry of Culture.

“Winter of Discontent” is a raw depiction of torture during the Hosni Mubarak regime and attempts by the secret police to quash the 2011 Egyptian revolution. The film bowed at Venice in 2012 and has travelled widely since then, recently released by Barbican in the U.K. Pic is the first production from Cairo-based Zad, launched by Egyptian multi hyphenate Amr Waked, who also stars.

“This is a politically reassuring choice,” said Waked. “Without January 25 (Tahrir Square) we would not have June 30  (the date when millions demanded Morsi’s resignation),” he explained. Waked, like many Egyptian artists, supports the military crackdown.

“Artistically, we are very proud. It’s a work we put so much energy into, and this adds to the fact that all our efforts to make this film were not made in vain,” he added.

Waked, who is known internationally for roles in “Syriana,” “House of Saddam,” and “Salmon Fishing in the Yemen,” toplines “Winter” as a tortured computer whiz.

Released in March in Egyptian movie theaters, “Winter” had an eight-week local run, which is unusually long for an arthouse movie in the country. It was released by the distributor known as The Trio (Al Massa, Oscar and El Nasr).

Egypt in 2012 skipped submitting a contender for the foreign-language film Oscar race due to the post-revolutionary chaos.

In 2011 the country submitted Khaled El Hagar’s “Lust,” about a poor family in a down-and-out neighborhood of Alexandria and the frustration of everyday Egyptians trying to make ends meet in pre-revolutionary Egypt.

The last date to submit entries for the foreign-language Academy Awards is Oct. 1. Nominations will be announced Jan. 16 and the ceremony will be held March 2 at the Dolby Theatre.

Gold Rallies in Egypt by One Pound Today