Worldwide IPOs poised for best year in a decade 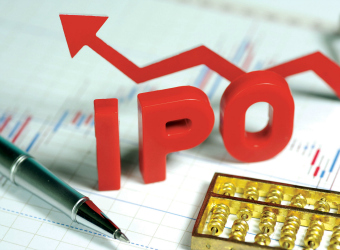 The number of IPOs seen so far this year has already surpassed the full-year figures for 2016, with 1,156 public listings done – an increase of 59 percent by number compared to a year ago. So far, IPOs have raised $126.9 billion, 55 percent more than at the same time last year.

Martin Steinbach, global IPO leader at EY, told CNBC Wednesday: “It’s a very good IPO year for the market.” The consultancy group foresees between 1,600 and 1,700 IPOs until the end of the year.

He added in a statement that with relative low volatility and valuations at high levels, he sees a year-end rally in the last quarter of 2017.

The largest IPO in the third quarter of this year took place in Switzerland, the listing of Landis+Gyr Holding AG, which rose $2.4 billion in July. However, the U.K. and India were the top regions for IPO deals in the European, Middle East and Africa area, with London raising $1.7 billion.

In the U.S., the IPO market fell, as it is usually the case in the third quarter of the year, down 29 percent in volume and 51 percent in proceeds from a year ago.

One of the most anticipated public listings is of the oil giant Aramco, which is set to take place in the stock exchange of Riyadh and in another international market. Mohammed al-Jadaan, finance minister of Saudi Arabia said Monday that everything is on track for the planned listing in 2018, Reuters reported citing sources.