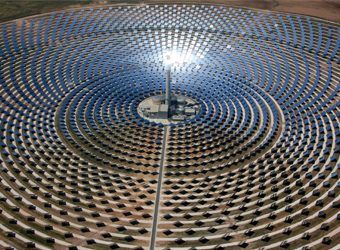 Acciona Energía, a subsidiary of Spain’s Acciona, will develop three solar photovoltaic (PV) plants worth $180 million with a combined capacity of 150MW (186 MW-peak) in Egypt.

Acciona Energía will build and own the projects in a 50-50 partnership with its regional partner Swicorp (Saudi Arabia) which will be represented by its renewable energy platform named Enara Bahrain Spv Wll.

Acciona Energía says that the three identical PV plants mark its first renewables project in Egypt, which will be located in the Benban complex in the Aswan region.

Acciona Energía CEO Rafael Mateo said: “We are very pleased to increase our presence in an area with great potential in the long run for the renewable energy sector as is North Africa, working with such reputable partner as Swicorp with the support of IFC and AIIB.”

Each of the solar plant will have a capacity of 50MW with a peak capacity of 62MW and feature 190,774 polycrystalline silicon modules from China-based Jinko Solar.

The solar modules will be mounted on horizontal-axis tracking structures manufactured by STI Norland.

Construction of the power plants is likely to begin in December 2017 while their operations are planned to commence from December 2018.

The three solar plants will generate enough energy to meet the power needs of about 150,000 Egyptian homes. At the same time, they would cut down 297,000 tonnes of CO2 emissions.

Power generated from the solar plants will be bought by the Egyptian Electricity Transmission Company (EETC) under a 25-year purchase and sale contract.

Swicorp executive director and Enara renewable energy platform Rabeaa Fattal said: “We are happy to see our partnership with ACCIONA materialize through these projects.

“We believe in the potential of the Region and Egypt and look forward to executing further projects in our pipeline under our successful alliance with ACCIONA.”

London bourse CEO Xavier Rolet to step down by 2018-end