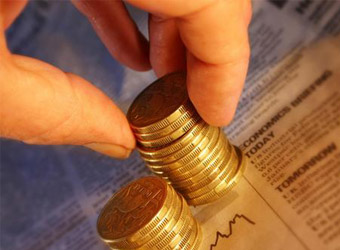 The African Export and Import Bank (Afreximbank) signed a Memorandum of Understanding (MoU) with Attijariwafa Bank to boost trade exchange between Egypt and Africa.

The signing ceremony took place on the sidelines of the Africa 2017 Forum, which concluded yesterday in Sharm El-sheikh, and was attended by Chairman of Afreximbank Benedict Okey Oramah and CEO of Attijariwafa Bank Mohamed el-Kettani.

The agreement allows more cooperation between the two banks and enhancing trade between African countries.

According to the MOU, Attijariwafa Bank will act as a domestic representative for Afreximbank through its network of branches located in 15 African countries.

The two sides also agreed to cooperate in capacity building, exchange of information and rehabilitation of human resources.

Oramah said that the MoU is an opportunity for both banks to work together to open new fields and make the best use of Africa’s potential.

He added that the new MoU sets up a long-term strategic partnership between his bank and Attijariwafa that stands as a key part of the two banks’ joint initiative to enhance trade within Africa.

Kettani said the new agreement is a step towards his bank’s long-term strategic relationship with Afreximbank.

He added that Attijariwafa Bank over the past years has established a strong and diversified partnership with Afreximbank and that the new agreement will contribute to promoting cooperation among African countries.

Areximbank was established in Abuja, Nigeria in October 1993 by African governments, African private and institutional investors as well as non-African financial institutions and private investors for the purpose of financing, promoting and expanding intra-African and extra-African trade.