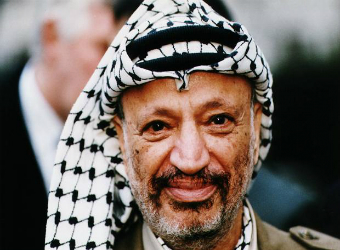 A top Arab Palestinian member of the Israeli Knesset on Monday defended naming a street in northern Israel after the late Palestinian leader Yasser Arafat, after Prime Minister Benjamin Netanyahu vowed to remove it.

The small Palestinian town of Jatt recently inaugurated Yasser Arafat Street in honour of the former Palestinian president, a hero to Palestinians and many Arab Israelis but loathed by many Israelis.

On Sunday, the Jatt council decided to remove all the controversial street signs, including the Arafat sign, and replace them with different names, according to a report on Channel 10 television.

The local municipality did not comment on Monday, but Israeli media reported signage had been removed after Netanyahu’s threat.

Ayman Odeh, head of the predominantly Arab Joint List coalition in the Israeli parliament, said Arafat was a symbol.

“He is a leader of the national liberation movement and he chose peace and negotiations and he won the Nobel Peace Prize,” Odeh told journalists.

“It is completely your right to say ‘I am completely against this man’,” he added, but said streets in Jewish neighbourhoods had sometimes been named after far-right politicians and even assailants.

“I cannot accept this is OK but calling a street after Yasser Arafat is not OK.”

Arab Palestinians in Israel, those who were not expelled by Zionist militias in the 1948, account for about 17.5 percent of the country’s eight million population.

Speaking at the start of a Sunday Cabinet meeting, Netanyahu said “no street in the state of Israel will be named after murderers of Israelis and Jews”.

“We will make the arrangements, including new legislation if need be, so that this does not happen here.”

Arafat rose to become the leader of the Palestinian movement after the creation of Israel, leading an armed struggle against it.

Decades later he disavowed violence and famously shook hands with Israeli prime minister Yitzhak Rabin on the White House lawn, although the peace the Oslo accords were supposed to bring never materialised as Israel continues to occupy Palestinian territories it captured in the June 1967 war.