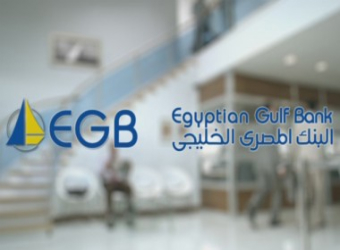 The Egyptian Gulf Bank (EGB) is planning to allure deposits amounting to EGP one billion within 2014, a banking official spoke to Amwal Al Ghad on Thursday.

Sherif Farouk – Head of Retail Banking Sector and Senior General Manager at EGB – stated that his bank is targeting a growth in deposit portfolio to EGP 8.7 billion within the current year, versus around EGP 7.7 billion registered by the end of last year.

He further told Amwal Al Ghad that the Egyptian Gulf Bank is seeking to obtain the Egyptian Central Bank’s approval in order to inaugurate 5 new branches within 2014, to be added to its existing nation-wide 20 branches.

Moreover, the EGB is also aiming to boost its portfolio of personal loans to EGP 760 million within 2014, opposed to EGP 560 million by the end of 2013, Farouk noted.

The Egyptian Gulf Bank is adopting expansionary plans within the upcoming period, taking into consideration the potential market risks, he added.

C. Bank Offers Its Last FX Auction of this Week with US$40 mln