LeisureEntertainment
By Amwal Al Ghad English On May 27, 2019 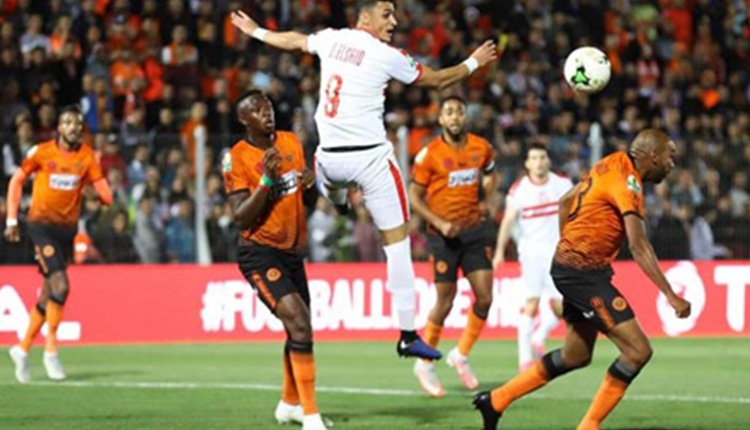 The white knights won 1-0 in the second leg of the. CAF Confederation Cup as Mahmoud Alaa scored the only goal from the penalty spot.

Lifting the trophy was the main goal for the White castle warriors for two other reasons.

The first was that the CAF Confederation Cup is the only tournament in which Zamalek have historically participated, and has never won it so far.

Zamalek won the African Union Cup and the African Cup Winners Cup, but the Confederation Cup is the merging of the two championships together, Zamalek never won this title, and only one Egyptian team won it in 2015, Al Ahly.

The second was the return to the road of winning continental titles in general. The last continental title for Zamalek was in 2003. It was the African Super Cup when Zamalek defeated Wydad Casablanca.

Zamalek completed a superb turnaround after their poor start to the group stage saw them collect just two points from their opening three matches.

On Sunday, Berkane took Zamalek by surprise with their bold approach in the first half, pressing their opponents high up the pitch rather than defending deep.

Zamalek defender Mahmoud Alaa scored the sole goal in regular time from the spot in the 55th minute following a VAR review. Despite cheered by 50,000 roaring supporters, Zamalek did not have many chances to score more goals.

At stoppage time, Berkane winger Omar Namsaoui was sent off following another VAR review, as cameras showed him hitting Zamalek’s forward Mahmoud Kahraba in the face.

The match went to penalties as the aggregate score tied at 1-1.

The second penalty for the Moroccan team was saved by goalkeeper Mahmoud Gennesh, but Ethiopian referee Bamlak Weyesa was told by the video assistant referee that Zamalek keeper stepped off his line, ordering a replay as Ismail Mokadem fired the second kick into the net.

However, Zamalek scored all their remaining four penalty kicks, with substitute Ahmed Sayed scoring the decisive one.