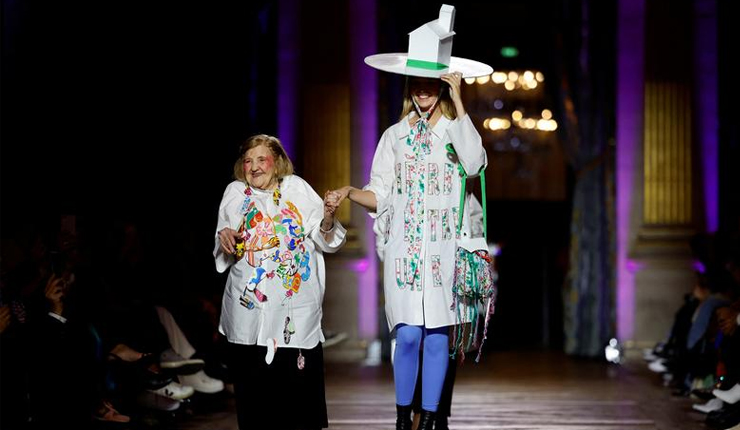 Paris has organised an unusual fashion show on Thursday for elderly models dressed in the latest designs, hand in hand with students studying fashion to promote a more inclusive stance on age.

“I am really impressed to live this at this age,” adding that she was happy to come and talk to young people, 90-year-old Daisy Salmon, said.  “I’ll remember this a long time,” she continued.

“Why not elderly people,” 21 year-old Christian Gonzalez, said. “We forget them too often in our society.”

The International Federation of Little Brothers of the Poor, Les Petits Frères has organised the multi-generational fashion show to challenge ageist views in collaboration with the Polytechnic Institute of Paris.

The charity’s goal is to highlight the need for larger diversity in fashion, as part of a more comprehensive campaign to raise awareness of the gap between the reality of elderly persons and traditional social stereotypes that can lead to their isolation.

Using elderly models in high-end fashion campaigns is not a new concept, as Tom Ford’s Forever Love campaign is the first featured in Vogue Paris, December 2010.