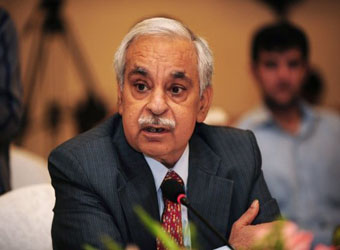 An Indian trade delegation will travel to Iran next week to explore business openings created by US-led sanctions over the Islamic republic’s disputed nuclear programme, an export group says.

The group will visit Iran from March 10-14, the Federation of Indian Export Organisations said late Friday, adding exporters had settled a major problem on how to receive payments from Tehran in the face of sanctions on dollar deals.

“We are expecting to get a lot of business from this trip,” Anand Seth, spokesman for the Federation of Indian Export Organisations, an Indian government partner in promoting trade, told AFP.

The top trade organisation, set up by the government, said Indian exporters would be paid for goods sent to Iran using a rupee payment system.

The method gives New Delhi a way to circumvent Western sanctions that are drying up banking routes.

India has been examining ways to step up trade with Iran amid problems in settling its oil bills from Iran as a result of the intensifying sanctions campaign aimed at forcing Tehran to abandon its nuclear programme.

India’s Congress party-led government says it will abide only by UN sanctions on the Islamic republic, and will not implement those by individual nations.

Indian Commerce Secretary Rahul Khullar last month said New Delhi would send “a huge delegation” to Iran to “promote our own exports” and investigate business opportunities spawned by the sanctions.

The two countries, which have long historic ties, hope to be able to settle around 45 percent of their oil trade in rupees by increasing exports, Indian media reports say.

India has said that the visit by the Indian business delegation to Iran will go ahead despite a bomb attack in New Delhi last month that severely wounded an Israeli diplomat.

While Israel has blamed the attack on Tehran, India has said the identity of the perpetrators was yet to be established.

Bilateral trade between India and Iran is around $13.7 billion, of which Indian exports account for just $2.74 billion. But the Associated Chambers of Commerce and Industry of India says Iran offers huge potential for export of Indian products and commodities.

It estimates the potential of trade and economic relations between the two countries can touch $30 billion annually by 2015.

India believes large export opportunities are available in the food sector, including tea, wheat and rice; pharmaceuticals; iron and steel and infrastructure projects.

Justice and Equality condemns the Interfering in the NGO Case