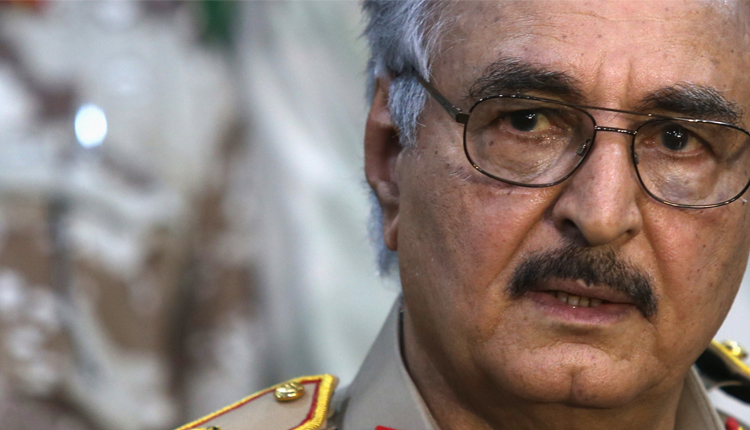 Libyan commander Khalifa Haftar announced the start of military operations to “liberate” Derna on Monday after his forces clashed with rivals on the outskirts of the eastern city.

Zero hour for the liberation of Derna has struck. Our army forces are now targeting their hideouts,” Haftar said in a speech at a military parade in Benghazi.

“We have given instructions to avoid civilians,” he said. “The peace efforts in Derna have reached a dead end.”

Derna is the last major bastion of opposition to Haftar’s Libyan National Army (LNA) in the east of the country.

The LNA has surrounded the city, on the coastal highway between Benghazi and Egypt, and has long threatened to begin ground operations there. However, its campaign has so far been limited to encirclement along with occasional air strikes and bombardments.

Derna is controlled by a coalition of Islamists and rebel veterans known as the Derna Mujahideen Shura Council (DMSC). Egypt, which backs the LNA, has also carried out air strikes in Derna on what it said were training camps sending militants into Egypt.

Late on Sunday there were air strikes southeast of Derna, followed by clashes on Monday morning around a flour factory east of Derna. Three LNA troops were killed, a field hospital doctor said.

Last week the DMSC said two of its men had been killed in air strikes. The LNA lost four men in a landmine explosion.

In recent weeks the LNA has deployed new units in the Derna area and at the end of last month Haftar made a rare visit to forces stationed outside the city, following his return from medical treatment in France.

After Libya split between rival camps in the east and west of the country in 2014, Haftar gradually emerged as the dominant figure in the east. He is aligned with a parliament and government based in the east and opposes the internationally recognized government in the capital, Tripoli.

On Monday he was attending a military parade in Benghazi to mark the fourth anniversary of the start of his “Dignity Operation”, the campaign in which the LNA battled Islamists and other rivals to take control of Benghazi last year.

The United Nations is leading efforts to stabilize Libya and prepare it for elections before the end of the year, but armed violence is still common across the country.

Another flashpoint is the southern city of Sabha, where fighting between communal groups that is linked to the wider conflict has escalated in recent weeks.

On Sunday, three children in Sabha were killed and five people including their parents were wounded by shelling, the manager of Sabha Medical Centre said.

Before that, at least 18 people had been killed and 86 wounded in fighting since February, he said.