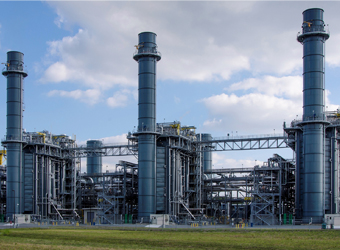 Egypt’s Minister of Investment Sahar Nasr said Saturday that that she has discussed the establishment of a new power plant in the country with a number of officials from Romania’s state-owned Transgaz Company, a technical operator of the national natural gas transmission system in Romania.

The meeting was held on the sidelines of the minister’s visit to Romania, where Nasr stressed to Romanian investors and officials that Egypt took legislative procedures to provide an adequate attractive investment climate and mobilized efforts to launch several mega national projects.

The minister also referred to the Egyptian political leadership’s keenness on establishing powerful and effective relations with the Romanian side.

This is in addition to considering the possibility of setting up Romanian projects within the scope of the Suez Canal Development project as well as other fields in which Romania has comparative advantages such as transportation and energy.

Nasr has also expressed her aspirations to increase Romanian investments in Egypt to reach the desired level, given that the volume of such investments increased to approximately $88.32 million in 60 companies distributed to several fields, topped by tourism, industry, services, information technology, construction, and agriculture.

According to the minister, Egyptian investments in Romania reached up to $100 million, which reflects Egypt’s increasing investment presence in Romania.

Trump threatens to end insurance payments if no healthcare bill