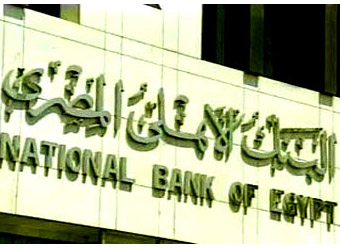 The National Bank of Egypt (NBE) granted over the last 7 months the state-owned Egyptian General Petroleum Corporation (EGPC) US $ 693 million in the form of letters of credit to import Kuwaiti crude oil.

According to an informed source from NBE spoke to Amwal Al Ghad on Sunday, the bank had provided the EGPC two letters of credit each worth US $ 231 million to import Kuwaiti crude oil during the first half of the current fiscal year 2013/2014.

Moreover, NBE had delivered the third letter of credit in the amount of US $ 231 million through the current month, the source added.

The source further pointed out that NBE is still studying the EGPC’s request to boost the annual granted letters of credits to import the Kuwaiti crude oil, to be US $ 2 billion, instead of US $ 1.5 billion. No decision has been reached yet for EGPC’s request, he said.

Last week, the NBE pumped additional financial package ranging between US $ 70-77 million. This comes within the framework of the bank’s periodic funding to import diesel and gasoline so as to secure the state-owned corporation’s continuous supply of petroleum products, he noted.

Furthermore, the source stated that the oil aid packages provided by the Gulf valued nearly at US $ 3 billion have triggered to reduce the EGPC’s external needs reduced during the current fiscal year. This in return would contribute to lessening the banks’ finances in favour of the EGPC, he explained.