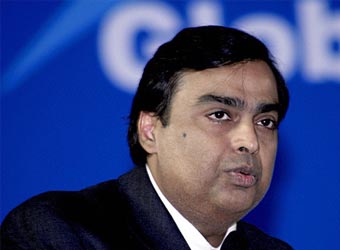 Mukesh Ambani is Asia’s richest person with a net worth of $26.8 billion, even after his shares in India’s top company by market value slid 18 per cent over the past 12 months, according to the Bloomberg Billionaires Index.

Hong Kong’s Li Ka-shing, nicknamed “Superman” by the local media for his investing prowess, ranks second in Asia, with a $25.8 billion fortune. Lakshmi Mittal, the Indian-born chairman of ArcelorMittal, the world’s biggest steelmaker, is the third wealthiest Asian with a net worth of $23.6 billion.

Their fortunes account for about 11 per cent of the combined net worth of the world’s 20 richest people. More Asians are set to dominate the ranking in the coming years after the number of billionaires in the region surpassed Europe’s in 2010 and North America’s in 2011, according to Credit Suisse Group AG.